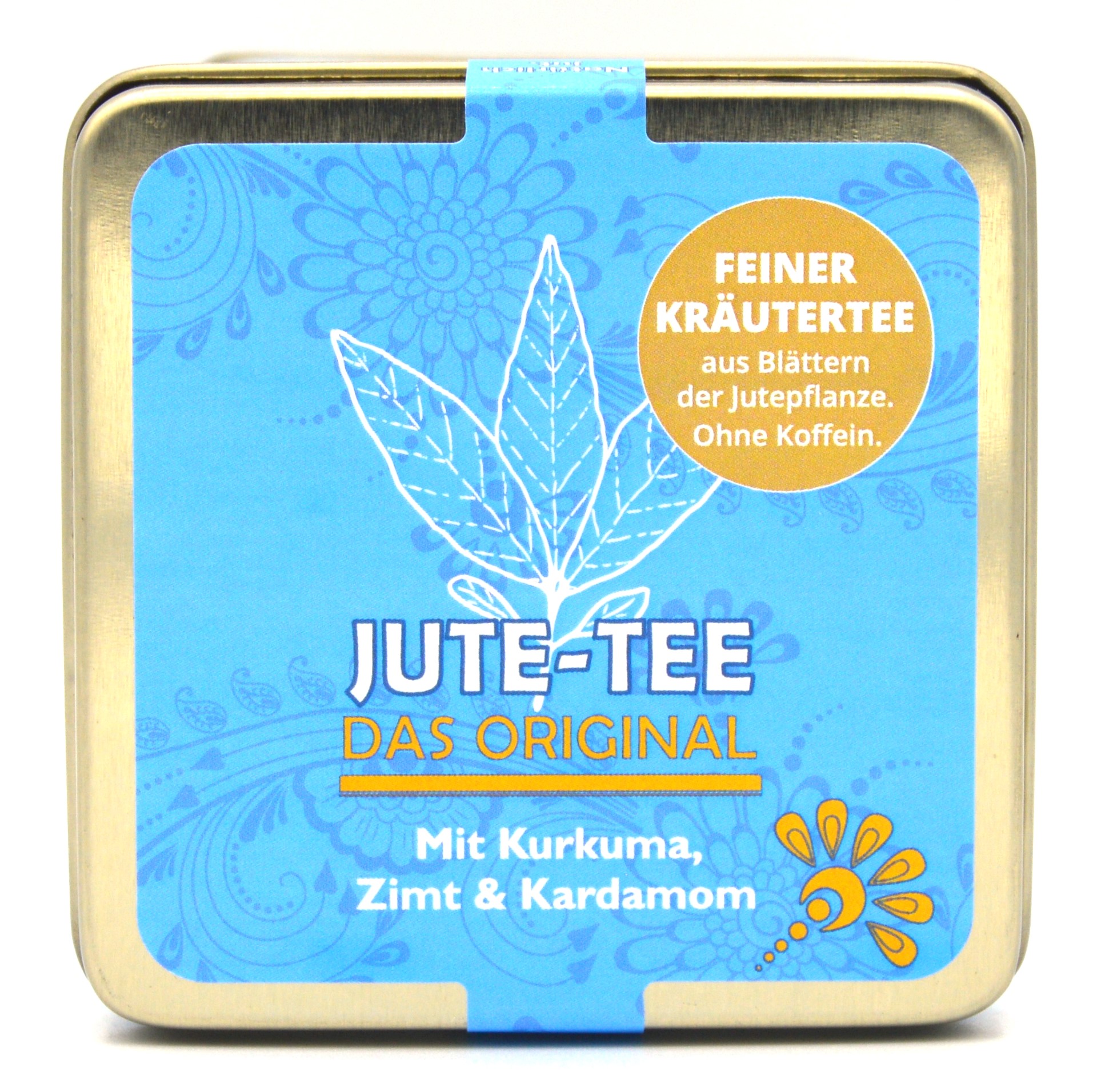 The world's first herbal tea made from the leaves of the jute plant masterfully blended with dried curcuma, cardamom and cinnamon of the highest quality. This exotic spice tea blend enchants the senses: enjoy an excursion into the beguiling variety of tastes of the Indian subcontinent. On the occasion of the 17th Indian Film Festival in Stuttgart we created this extraordinary tea composition together with the organizers.

The Indian Film Festival Stuttgart is a very special event that attracts many enthusiastic fans to the state capital every summer. The focus is on the multifaceted film work of the world's largest film industry. When selecting the program, special emphasis is placed on showing India's diversity of languages, traditions and regional differences. The Indian Film Festival Stuttgart, however, stands above all for current topics and time references and shows the audience India as it is today with all its cultural changes and challenges. The daily Tea Talks, a series of lectures with experts and special topics, also create a topical reference.

The Indian Film Festival takes place in the heart of the India Week and is lined with events of various kinds. Entrepreneurs meet film stars, students meet Indian filmmakers, and the audience is invited to experience India in all its splendor and tradition; deeply moving, frightening, colorful and at times light and vibrant.

Curcuma, also called turmeric, is a yellowish rootstock. Responsible for its yellow color are the curcuminoids. These make turmeric a herbal medicine with digestive properties, anti-inflammatory effects and possibly even cancer-inhibiting properties.

Cardamom, related to the plants of the ginger family, is a perennial reed plant. Of interest here are the dried fruit capsules, which are collected in laborious manual labor. This is why cardamom is still the most expensive spice in the world after vanilla and saffron. The essential oils in the black seeds have a soothing effect on a stressed stomach and also relieve colds.

Cinnamon, or more precisely the dried bark of the cinnamon tree, was the most expensive spice in the world in the days of the Egyptian pharaohs. The spice is particularly popular with us at Christmas time, although it is actually part of the menu all year round: Cinnamon has already been attested a blood sugar regulating effect in clinical studies and fat reducing properties have also been observed.

It is best to use paper tea filters or a tea strainer for preparation. You can also put the loose jute tea directly into the cup and let the tea set settle or filter it. We like jute tea best if we let boiling water cool down to about 85 °C or cool it down with a shot of cold water. One teaspoon is sufficient for one cup of jute tea. The infusion time is between 3 and 5 minutes.

Other customers have also bought the following items

Too bad, now we have to go back to the glass ball or read in the coffee grounds to understand our visitors ...

Why do we have to do that? Quite simply, you have forbidden us to watch Your steps on our site with Google Analytics. That sounds dramatically to You, we know. But look at it: we do not even know who YOU are, we just see that SOMEONE looks at our pages, how he/she does that, how long this SOMEONE lingers on the respective pages, etc. We do not know who You are, whether You are male or female, how old You are, how Your weight is - no idea. Nor do we pass this data on to Google, we don not have them not at all! Nevertheless, this data of SOMEONE will provide us with valuable information about our site, we want You to like everything here, that You feel good and - of course - buy our products ...

So we can see where there are problems. If many visitors leave our site during the purchase process while choosing the payment method, we know that something is wrong and can improve it. Sounds good, right? Thats good for You and good for us. So it´s a win-win situation. So let us accompany You on Your way through our store. Deal?

Thanks, Harry can pack the glass ball ...

Great, you got it! Now we can work better on our offer again!